CARP can be used for several things, but I’m going to concentrate on a HSRP/VRRP alternative in this post (having a hot standby on a seperate computer).

To enable CARP support, you need to add the following line in your kernel config file (in /usr/src/sys/<arch>/conf/):

Once you have built and installed your new kernel, you can configure a CARP interface.  To use carp, you need a non-carp IP on your interface on each computer and then a second shared IP.  For this purpose we will use 192.168.0.1 as the shared IP and 192.168.0.2 as the fixed non-carp IP on the fxp0 interface.

Edit your /etc/rc.conf file as follows:

To explain the carp0 line in more detail…

The vhid contains the virtual interface ID.  There seems to be some confusion online whether this should be identical or different on machines.  Personally, I use the same vhid on primary and backup hosts.

The advskew value specifies which should be primary and backup.  A lower figure is a higher priority so the master should be a lower number than the secondary.

The pass value is the authentication value.  This needs to match between primary and backup machines.  The password is sent plaintext over the interface, so is easily snooped unfortunately.

Finally, the shared IP is listed.  This needs to match an existing subnet on the machine or the carp interface will not be configured.

An example of a backup to the above machine (using 192.168.0.3 as its non-carp IP) would have the following config:

As you can see, it is identical except fxp0 has a different IP, and the advskew is higher making the priority lower.

To check on the status, you run ifconfig carp0 – it should look similar to the following:

That should be all you need to configure carp on a FreeBSD machine.

Instead of using null-routing, you can use IPFW to block the traffic (the advantages include being able to set the ICMP response type).  My favourite is to use “Communication prohibited by filter” response.

You can also adapt the above to only include certain types of traffic which is where it is more flexible than null-routing.

If you would rather generate a “Destination Host Unreachable” ICMP response instead of blackholing the traffic, replace -blackhole with -reject

Ok Karl, here you go… Once you have installed RTG on your server from FreeBSD ports and configured it, you can add this script to your /usr/local/etc/rc.d/ folder.  Make sure it runs AFTER your mysql server starts or it will be useless!

Ok, this can be a really useful feature.  Renaming network interfaces in freebsd to something more useful.

This requires FreeBSD 7.  We are going to rename fxp0 to net0.  Edit /etc/rc.conf and add:

First, we have to load the netgraph modules to support this.  Edit /boot/loader.conf and add:

Now, the rest of the configuration is done in /etc/rc.conf as follows:

Now, this also requires configuration on the Cisco Switch they plug into.  In my configuration, this is a Cisco 3550-24-EMI configured as follows:

I’ve been running this configuration for over a year now with no problems at all, and have tested greater than 100mbps speed to it.

Ok, so I wanted a way for my FreeBSD server to be unaffected during a switch failure.  In the past, I had used etherchannel to aggregate multiple ports together – but they had always been to the same switch (and involved switch configuration).  In FreeBSD 7, it’s pretty simple to setup a basic link-state failover connection.

To setup failover,we need to load the driver.  Edit /boot/loader.conf and add:

Now we can do everything in /etc/rc.conf with the following configuration:

The first interface listed for laggport becomes the primary.  When we check ifconfig, we can see:

If you unplug the cable to em0, the server handles the failover automatically to bge0 with the loss of only a couple of packets – more than acceptable!

You can install vmware tools under ESX – but I like to edit part of it.

NOTE: if you’re running FreeBSD 9, you need to follow the guide here instead.

To install, connect with your VM Infrastucture Client, edit the CD Drive, select ‘Datastore ISO file’, and Browse.  Open up the ‘vmimages’ folder and select ‘freebsd.iso’.  Make sure to check the ‘Connected’ checkbox before clicking OK.

In freebsd, as root, do the following:

This will start the vmware installer… follow the instructions and select all the defaults.  Once it is complete, you can remove the folder in /tmp/

NOTE: vmtools requires perl to be installed and also “compat6x” port/package if you are using FreeBSD 7 – do this beforehand!

now… edit /usr/local/etc/rc.d/vmware-tools.sh and search for “–background”.  This should be around line 626.  At the end of that line, add:

then restart the vmware tools with:

This will ensure that, when you use ‘shutdown guest’, the freebsd virtual machine will power off.  Without this update, it will shutdown but not power off.

If you run FreeBSD under ESX (unsupported, but works) and you use a type of storage that is susceptable to slowdowns (in my case a SAN with a failed hard drive forced to do RAID5 reconstruction), you may find your FreeBSD virtual machines panic and crash.

This is caused by the SCSI disk timeout being reached on the root device.  You can spot these by looking in your log for SCSI timeout messages.

To get around this, we can increase the number of retries before it fails (hopefully giving the storage device time to catch up).  This is done with the following command:

You can set this to happen each boot, by editing the file /etc/sysctl.conf and adding: 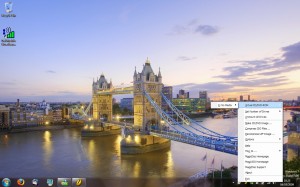 This installed perfectly (need to accept the unsigned driver while installing though).  I was really happy to see this work, as the one thing i was sure wouldn’t work under Windows 7 was virtual disk drives!